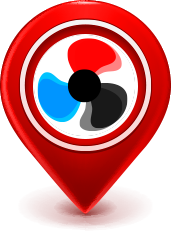 Toronto, the capital of Ontario, has the highest population of any city in Canada at 9.7 million in the surrounding metropolitan region. A globally acknowledged major cosmopolitan area, it’s an international centre for business, the arts, and finance. The city is often compared to New York City, with the hustle and bustle and cosmopolitan advantages.

Situated on Lake Ontario, it encompasses about 630sq kilometers. It has a colloquial nickname of “the city of neighbourhoods”. Some prominent neighborhoods include York, East York, Etobicoke, North York, Scarborough, and simply “downtown”, sometimes called Old Toronto.

Climate-wise, Toronto has cold winters with snow and average below freezing temperatures. Summers are still cool, with average temperatures around in the low 20s Celsius. In the city, it can be several degrees warmer than surrounding rural areas, however breezes off the lake can cool off warmer days.

Highlights include the world famous CN Tower, 553 meters with a observation areas and restaurants. The highest of the viewing platforms is Sky Pod at 447 meters. The city aquarium is Ripley’s, known for is massive all encompassing underwater tunnel.

Niagara Falls is a day trip away, about a one hour drive.

Toronto boasts a diverse community, with about 50% of residents being immigrants. English is the primary language.